In a happy suburban neighborhood surrounded by white picket fences with flowering rose bushes, sits a black house with a dead lawn. Unbeknownst to the neighbors, hidden beneath this home is a vast secret hideout. Surrounded by a small army of minions, we discover Gru, planning the biggest heist in the history of the world. He is going to steal the moon. (Yes, the moon!) Gru delights in all things wicked. Armed with his arsenal of shrink rays, freeze rays, and battle-ready vehicles for land and air, he vanquishes all who stand in his way. Until the day he encounters the immense will of three little orphaned girls who look at him and see something that no one else has ever seen: a potential Dad. The world's greatest villain has just met his greatest challenge: three little girls named Margo, Edith and Agnes.

The sequel to 2005's "Madagascar", in which New York Zoo animals, Alex the Lion, Marty the Zebra, Melman the Giraffe and Gloria the Hippo, still stranded on Madagascar, start to leave the island. All of a sudden, they land in the wilderness of Africa, where Alex meets the rest of his family, but has trouble communicating with them after spending so much time at the Central Park Zoo.

Terkel is a 6th grader, who is responsible for the suicide of the classmate, who's in love with him! Suddenly it's not just his annoying sister and his alcoholic uncle Stewart Stardust he has to deal with, he receives death treats. Only the new teacher, a young handsome and idealistic man, who the class just loves from day one, is able to help Terkel. But then it all culminates in a school trip. 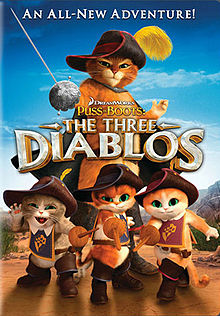 The infamous French thief The Whisperer has stolen a princess' ruby and Puss in Boots is on a mission to recover the precious stone. But Puss must somehow first tame The Three Diablos, three cute little kittens who were The Whisperer's henchmen, before they endanger the mission in this purrfectly charming comedy adventure.

The beautiful paradise island Melonia is inhabited by the wizard Prospero, his daughter Miranda and all their friends. The island is under threat from the industry island Plutonia, blackened by soot particles from coal particles and governed by two greedy managers who keeps small children as their slaves in the factories.

This story follows a teenage rock hopper penguin named Cody Maverick from his hometown of Shiverpool, Antarctica, where all of the other penguins think he's nothing but a surfing fool, to the "Big Z Memorial Surf Off" on Pen Gu Island. Young Cody is determined to win the most important competition in the world of penguin surfing in honor of "Big Z," a deceased surfing legend whom he has idolized since childhood. But the waves in Pen Gu are different than in Shiverpool, and the competition is steep. The current champ, egotistical Tank Evans, isn't just about to let this little penguin knock him from first place without a fight. When Cody wipes out and encounters Geek, a recluse aging former surfer, living in the jungle, he learns some important lessons about life and surfing, and even teaches Geek a thing or two.

Maltazard, the Evil M, is now 7 feet tall and evolving among the humans, causing terror wherever he goes. His goal is simple: forming an army of giant henchmen and ruling over the universe. Meanwhile, Arthur is still a Minimoy, and thus in a state where he's unable to fend him off. With the help of Selenia and Betameche, he hatches a plan to regain his usual size: all they must do is infiltrate Arthur's house through the pipeworks, catch an electric train from his bedroom to his grandfather's study and find an elixir that will make him grow back to his human size. Sounds simple enough, if it weren't for Darkos, Maltazard's own son, hot on their tails.

Years before meeting Shrek and Donkey, the adorable but tricky Puss in Boots must clear his name from all charges making him a wanted fugitive. While trying to steal magic beans from the infamous criminals Jack and Jill, the hero crosses paths with his female match, Kitty Softpaws, who leads Puss to his old friend, but now enemy, Humpty Dumpty. Memories of friendship and betrayal enlarges Puss' doubt, but he eventually agrees to help the egg get the magic beans. Together, the three plan to steal the beans, get to the Giant's castle, nab the golden goose, and clear Puss' name.

Mumble the penguin has a problem: his son Erik, who is reluctant to dance, encounters The Mighty Sven, a penguin who can fly! Things get worse for Mumble when the world is shaken by powerful forces, causing him to brings together the penguin nations and their allies to set things right.

Playing around while aboard a cruise ship, the Chipmunks and Chipettes accidentally go overboard and end up marooned in a tropical paradise. They discover their new turf is not as deserted as it seems. 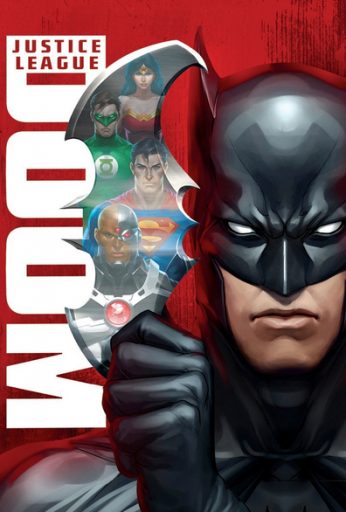 The Justice League are a team of great power, but also of personal secrets they thought safe. That changes when the immortal supervillain, Vandal Savage, has Batman's Batcave secretly raided to learn them all and more. Soon, the Leaguers are individually beset by their enemies who attack them with inescapable death traps specifically designed with that information. With that, all seems lost until an indomitable Knight and a young Titan combine to deliver salvation even as Savage uses the opportunity to implement a far grander scheme.

Barbie returns in Mermaid Tale 2 as the beautiful surfing mermaid, Merliah Summers. Merliah is going to Australia for the ultimate surfing competition with her friends both human and sea. Things are looking up for Merliah until the evil mermaid Eris returns to try and take over the throne again. Its up to Merliah to stop Eris and save the beautiful mer-world of Oceana. As Merliah races the clock to save her mother's kingdom and finish the big surfing competition , Merliah learns anything is possible and that her love for both worlds land and sea are what brings out the best. Kelly Sheridan is back as the voice of the beautiful surfing Princess Merliah Summers.