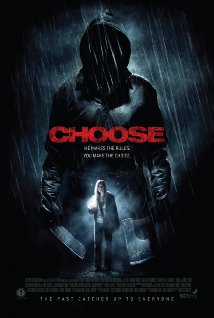 Fiona Wagner is studying for a master's degree in journalism and still grieves for her mother Samantha who committed suicide at the Crescent Hotel three years ago. Her father, Detective Tom Wagner, is investigating the brutal death of lawyer Elliot Vincent, who was murdered by his teenager daughter. His daughter was forced to choose between killing him or having her mother, little brother and herself killed by a sadistic criminal that had broken in their house. When pianist Simon Campbell is forced to choose between losing his fingers or his hearing, Tom realizes that a deranged serial-killer is attacking people. Meanwhile, Fiona is contacted by the criminal through the codename ISO_17. Fiona recalls that her mother had mentioned something about choice in her suicide note and she decides to investigate the sadistic man further.