A historical drama based on the founding of the Republic of China when nationalist forces led by Sun Yat-sen overthrew the Qing Dynasty.

A railroad worker in China in 1941 leads a team of freedom fighters against the Japanese in order to get food for the poor.

An American teenager who is obsessed with Hong Kong cinema and kung-fu classics makes an extraordinary discovery in a Chinatown pawnshop: the legendary stick weapon of the Chinese sage and warrior, the Monkey King. With the lost relic in hand, the teenager unexpectedly finds himself traveling back to ancient China to join a crew of warriors from martial arts lore on a dangerous quest to free the imprisoned Monkey King.

When corrupt Roman leader Tiberius arrives with a giant army to claim the Silk Road, Huo An and his group of trained warriors teams up with an elite legion of defected Roman soldiers led by General Lucius to maintain the delicate balance of power in the region. To protect his country and his new friends, Huo An gathers the warriors of thirty-six ethnic nations together to fight Tiberius in an incredible epic battle. 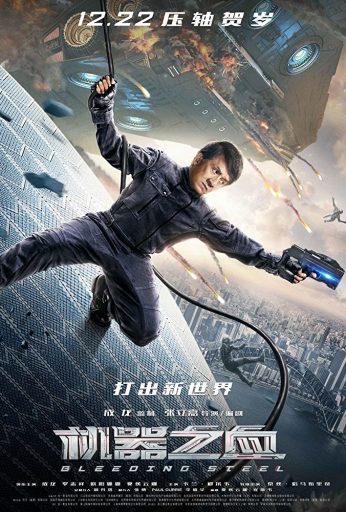 Chan stars as a hardened special forces agent who fights to protect a young woman from a sinister criminal gang. At the same time he with feels a special connection to the young woman, like they met in a different life.

Set in 1890, the story focuses on Passepartout, a Chinese thief who steals a valuable jade Buddha and then seeks refuge in the traveling companionship of an eccentric London inventor and adventurer, Phileas Fogg, who has taken on a bet with members of his gentlemen's club that he can make it around the world in a mere 80 days, using a variety of means of transportation, like boats, trains, balloons, elephants, etc. Along the way, Passepartout uses his amazing martial arts abilities to defend Fogg from the many dangers they face.. One major threat to their adventure is a detective that's following them. Why? Just as Fogg and Passeportout left London, a major bank was robbed, with Fogg suspected of using the "around the world" trip as an excuse to escape.. Their path from London and back includes stops in Paris, Turkey, India, China and USA.

Inspector Wing of the Hong Kong Police Force has become the victim of a gang, led by the evil Joe. When his entire team is killed, Wing becomes a hapless drunk, feeling guilty for the deaths of his team. A young man with a troubled past pretends to be a police officer working on the case with Wing, to get him back on his feet and begin an adventure to get revenge on the evil Joe and his Gang of Five, especially when it becomes personal.

After his mother (Henson) accepts a job in China, preteen Dre Park (played by Jaden Smith) is forced to move to the new country. He attempts to befriend others, but loses all of them except for Mei Ying (Han), his new girlfriend, after getting attacked by a bully (Cheng). After almost being killed, he is rescued by his maintenance man, Mr. Han (Jackie Chan), who does much more than maintenance. When Dre is forced to fight his bully, Cheng, in the upcoming tournament; Mr. Han steps in and teaches him Kung-Fu, and now Dre has to take matters into his own hands.

Former CIA spy Bob Ho takes on his toughest assignment to date: looking after his girlfriend's three kids (who haven't exactly warmed to their mom's beau). When one of the youngsters accidentally downloads a top-secret formula, Bob's longtime nemesis, a Russian terrorist, pays a visit to the family.